Mole are small skin lesions, usually brown. They are a collection of cells called melanocytes, which produce the colour (pigment) in your skin. They usually first appear during childhood and increase during adolescence and may decrease in the elderly. Moles may get slightly darker during pregnancy. Most people have between 5-20 moles on their body.

Moles are usually a brownish colour, although some may be darker or skin –coloured. They can be flat or raised, smooth or rough and some have hair growing from them. Moles are usually circular or oval with a smooth edge.

The importance of pigmented moles lies in the identification of those with potential for malignant change. Most moles are harmless, but in a few rare cases they can develop into an aggressive form of skin cancer called malignant melanoma.

You should check your moles every few months for any changes. 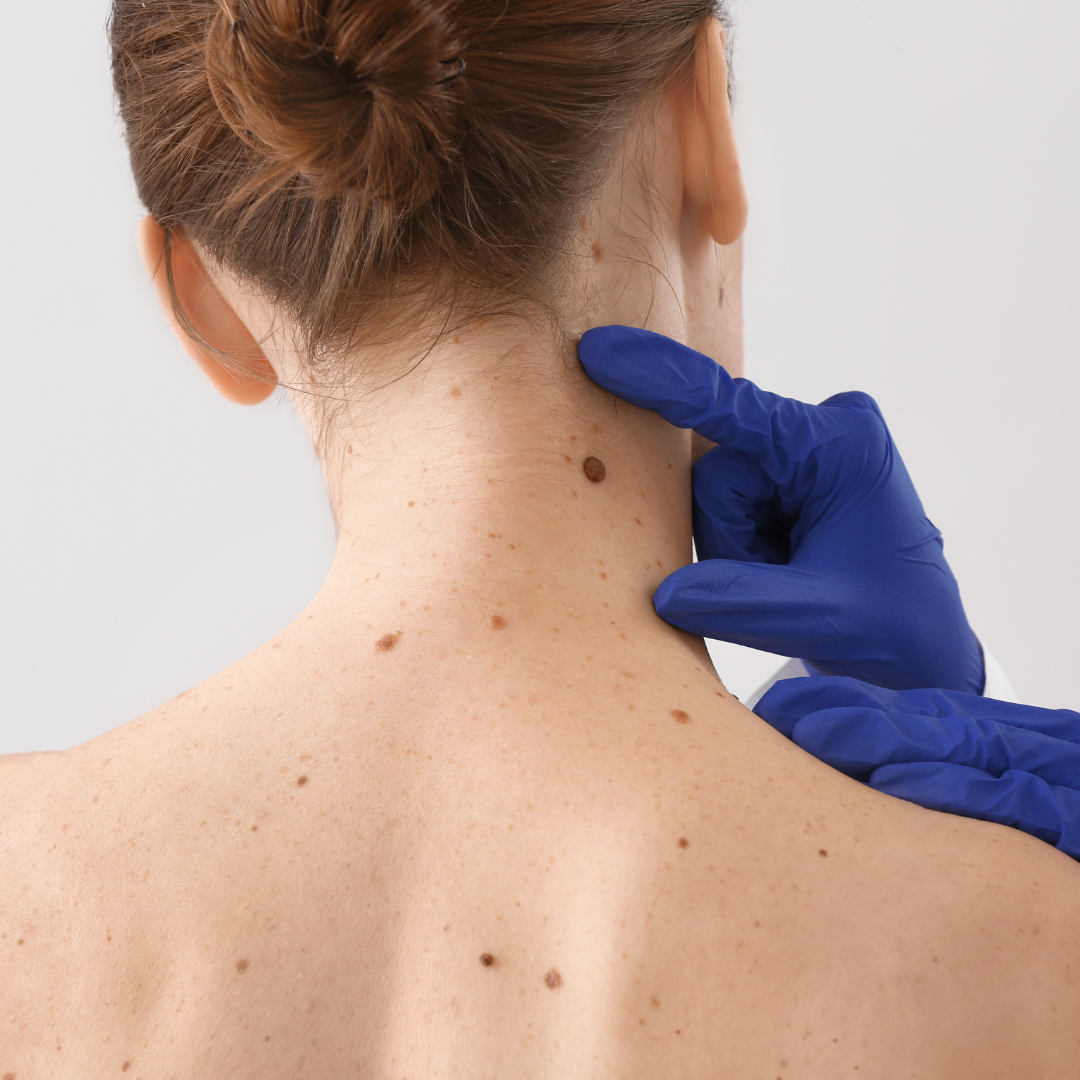 Look Out For The Following

If your GP/Dermatologist is concerned about the appearance of one of your moles they will either recommend a full excision (cutting out) or biopsy (taking a tissue sample of the mole). This will be sent along to the histopathologist in the hospital for analysis to make sure all is well. Further treatment may or may not be required depending on the result.

Our doctors are experts in the management of Skin Cancer, Melanoma, Acne, Psoriasis, Atopic Dermatitis (Eczema), Hidradenitis Suppurativa, Lupus, Contact Dermatitis and Hair Loss. They have access to and experience with advanced treatments and technologies that offer the most up to date and best possible care.